Yay it's time for Foodie Penpal. I have now been a part of Foodie Penpal program for a year and it's been amazing. Every month I have had fun putting Foodie Penpal parcels together and receiving foods from all over Europe.

My Foodie Penpal parcel for July arrived in the beginning of August so I wasn't able to post this in July. The contains of this parcel is at the bottom of this post.

This month I send a parcel to John who has the blog Tow Greedy Muncunians. I received a parcel from Jessica from Germany, she has the blog Be vegan - going vegan. 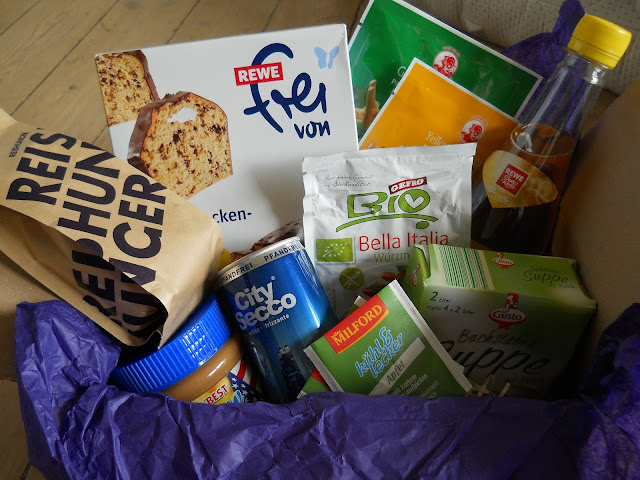 The parcel from Jessica contained: 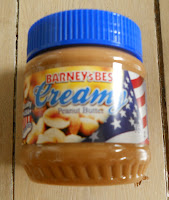 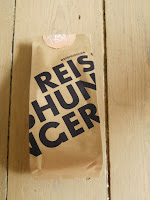 Rice to make "Milk-rice": I haven't tried it yet but I think that it's like risengrød which is a Danish Christmas dessert. 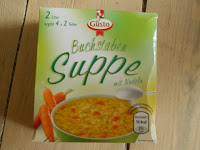 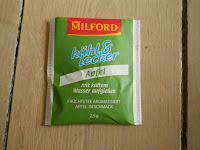 Apple tea that can be made with cold water: In July I was in Germany and bought tea like this just with rhubarb and strawberries. The tea is really good. 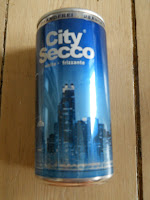 Prosecco: It's a white wine that you can mix with the elderblossom syrup, which taste amazing. 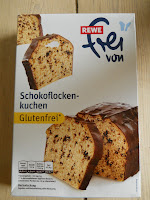 Gluten free cake mix: I made this cake yesterday and normally the picture on the box never looks like the finished cake, but this did. 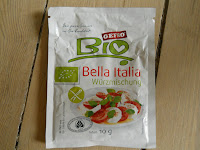 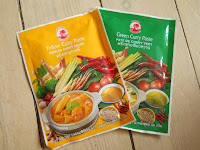 Green and Yellow curry: Curry in Denmark is really mild so it was nice to get some strong curry. 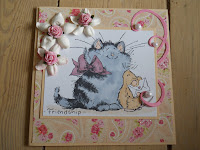 And this adorable hand made card

My Foodie Penpal for July was Kate and she send me a parcel of British goodies.
The Box included: 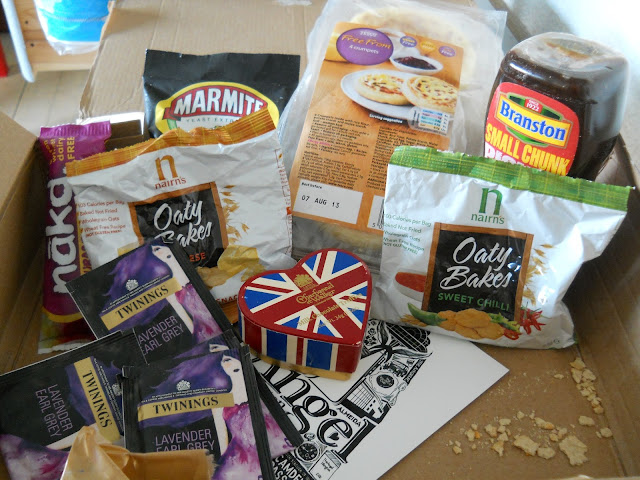 Gluten free crumpets.
Earl Grey Lavender Tea.
A rhubarb and custard bar.
Chocolate truffles, Kate told me that they were made to celebrate the birth of prince George.
Gluten free cracker that looked like chips. The box included one with cheese and one with sweet chilli.
Pickles.
Roasted cashew some yeast that tasted really great.
Indsendt af Unknown kl. 03.00